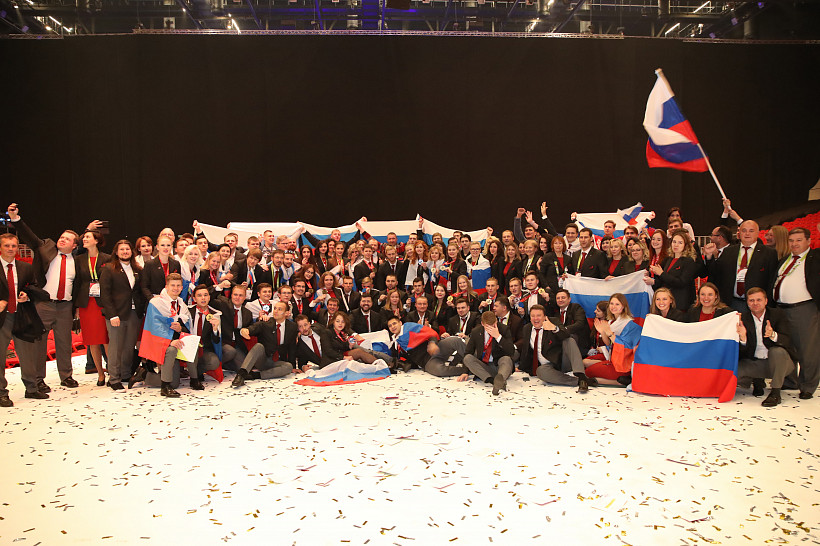 Russian competitors of EuroSkills Budapest 2018 – winners and prize-winners of the national team, team leaders, partners, international experts, Russian official and technical delegates to WorldSkills International, leaders of the Union "Young Professionals" (WorldSkills Russia), the Agency for Strategic Initiatives (ASI) and representatives of the Ministry of Education of the Russian Federation - will be awarded diplomas and will receive the gratitude of the President of Russia Vladimir Putin. The relevant decree "On encouragement" No. 235-RP was issued on July 17, 2019.

Gold medalists of the WorldSkills Russia national team will be awarded diplomas of the President of the Russian Federation for their victory and active participation in EuroSkills Budapest 2018. Silver, bronze medallists and winners of medallions for excellence of the European skills competition were thanked on behalf of the head of state.

Russian official and technical delegates to WorldSkills International, international experts, partners, leaders of the Union "Young Professionals" (WorldSkills Russia), the ASI and representatives of the Ministry of Education of the Russian Federation will also receive diplomas and gratitude of the President for their merits in preparing the national team for the European skills competition.

EuroSkills is the largest professional skills competition in Europe for young people under 25, which is held every two years in one of 29 member countries of WorldSkills Europe. EuroSkills Budapest 2018 was held from October 25 to 28 October, 2018, in Hungary. 600 experts from 29 countries competed in 41 skills during the competition. The Russian team was represented by 48 young people from 17 regions of the country.

Russia ranked first not only by points, but also by medals for the first time. The team won 10 gold, eight silver and two bronze medals, as well as 10 medallions for excellence in 10 skills.

17 EuroSkills Budapest 2018 winners and prize-winners joined the WorldSkills Russia national team, which will compete in the 45th WorldSkills Kazan 2019 competition. The competition will be held in Kazan from August 22 to 27, 2019. Nearly 1,300 participants from 63 countries will compete in 56 skills. This will become the largest international event hosted by Russia in 2019.

In 2022, the EuroSkills competition will be hosted by St. Petersburg. The city’s bid was backed unanimously by representatives of 28 member countries of WorldSkills Europe at the European organization’s General Assembly in March 2018.

Order Of The President Of The Russian Federation
1.01 Мбайт
Share